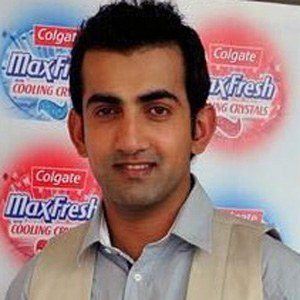 Indian cricketer who was named ICC Test Cricket Player of the Year in 2009.

He made his professional cricket debut with the Delhi cricket team in 1999.

He joined India's national team at the ODI and Test level in 2003.

He married Natasha Jain in October 2011 and he has a daughter named Aazeen.

He won the ICC Test Player of the Year award three years after Ricky Ponting earned the same honor.

Gautam Gambhir Is A Member Of