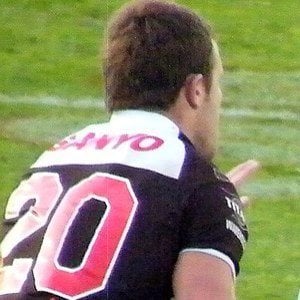 Australian rugby player who's spent much of his career in the National Rugby League with the North Queensland Cowboys. He's also played for Gold Coast and Penrith.

He grew up playing his youth rugby with the Murgon Mustangs and FOGS Colts. He made his professional debut in 2006.

He earned his first cap with Queensland's state team in 2016. He was named the North Queensland Cowboys Clubman of the Year in 2011.

He has a son with his wife Tenille. His brother, Dustin, also played professional rugby.

He and James Tamou were teammates on North Queensland.

Gavin Cooper Is A Member Of