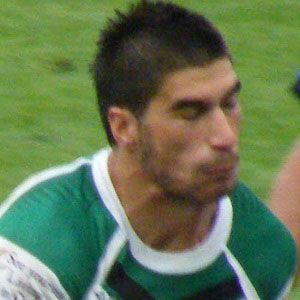 He played junior rugby for the Levin Knights in New Zealand.

He averaged more meters per game than any other prop in the NRL in 2012.

His cousin is Kenny Edwards, who has played rugby for the Parramatta Eels.

James Tamou Is A Member Of