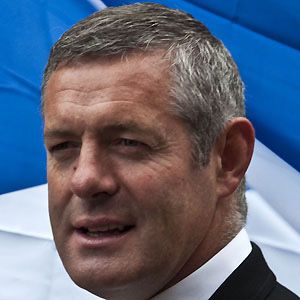 Fullback nicknamed Big Gav became one of Scotland's best players in history by scoring over 660 points in 61 caps with the national team.

He was the captain of Cambridge University's rugby team in 1985.

He married Diane Hastings in 1993.

He was teammates with Scott Gibbs on the British and Irish Lions for the 1993 season.

Gavin Hastings Is A Member Of