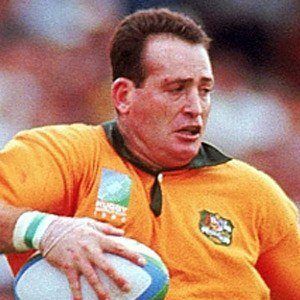 Former Wallabies player famous for his high-kicking "goose-step" move; won Player of the Tournament at the 1991 Rugby World Cup.

He played as a fullback for the Australian under-21 side.

He set the world record for the most tries in Test matches with 64.

He and Kurtley Beale both represented Australia in the Rugby World Cup.

David Campese Is A Member Of