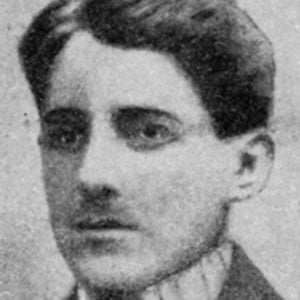 Bosnian assassin who killed Archduke Franz Ferdinand of Austria and his wife, Sophie, Duchess of Hohenberg, in June 1914. His actions set in motion a chain of events which eventually led to World War I.

He was expelled from school in 1912 for protesting the Austro-Hungarian regime.

Following his imprisonment, he unsuccessfully attempted suicide via cyanide and a pistol before eventually dying of tuberculosis.

Six of his siblings died in infancy.

The pistol he used to assassinate Franz Ferdinand was put on display at the Museum of Military History in Vienna in 2004..

Gavrilo Princip Is A Member Of

Born In 1894
Criminals
Born in Bosnia And Herzegovina
Leos