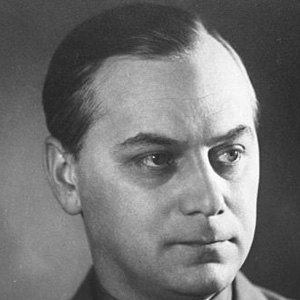 War criminal and high-ranking member of the Nazi Party. One of the major theoretical architects of the Holocaust, he was executed following the post-World War II Nuremberg trials.

He studied architecture at the Riga Polytechnical Institute and engineering at Moscow's Highest Technical School.

He was married twice -- to Hilda Leesmann and Hedwig Kramer -- and he fathered two children.

Alfred Rosenberg Is A Member Of