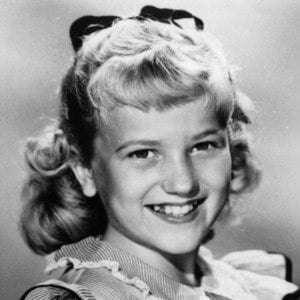 Former child star best known for her recording of the novelty song I Want a Hippopotamus for Christmas, which was recorded when she was ten years old.

After recording her holiday hit, she went on to graduate from San Diego State University.

A fundraising campaign raised $3,000 for her to purchase an actual hippopotamus named Matilda, which was donated by Peevey to a local zoo.

She married Cliff Henderson. The couple has a daughter named Sydney Forest.

She had one more minor hit, a cover of the Connie Francis song "Robot Man."

Gayla Peevey Is A Member Of