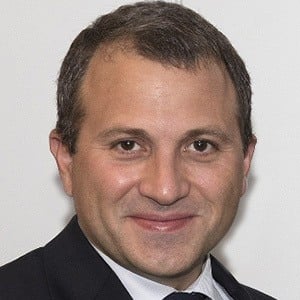 Lebanese politician who became the leader of the Free Patriotic Movement in 1995. Previously, he held the positions of his country's Minister of Telecommunications and Minister of Water and Energy.

He received a master's degree in civil engineering from American University of Beirut in 1993.

He began serving as Lebanon's Minister of Foreign Affairs and Emigrants in 2014.

He and his wife Chantale Michel Aoun have 3 children. His father-in-law, Michel Aoun, became President of Lebanon in 2016.

He served in high cabinet positions that were headed by Prime Minister Saad Hariri.

Gebran Bassil Is A Member Of