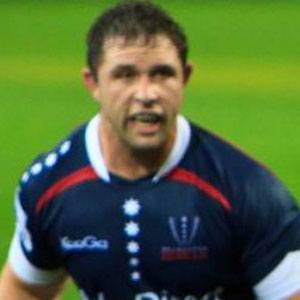 New Zealand-born rugby union hooker who joined the Hurricanes in 2009 and then the Melbourne Rebels in 2011.

He began his professional rugby career with Manawatu in 2007.

In his last game with the Rebels in 2013, his team overcame a 24 point half-time deficit against the Highlanders to record a miraculous win.

He was born in Wellington, New Zealand.

He and fellow New Zealander Beauden Barrett both played for the Hurricanes in Super Rugby.

Ged Robinson Is A Member Of