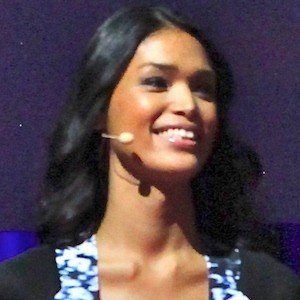 Transgender model and advocate known for her 2014 TED talk in which she publicly revealed, for the first time, that she had been born a boy. She's the founder of the awareness and advocacy group Gender Proud.

She grew up identifying as a girl at a young age and competed in transgender beauty pageants in her native Philippines. She transitioned when she was 19 and later moved to New York City.

She was working at a Macy's in New York when she started her modeling career. She signed with NEXT Model Management and worked as a swimsuit model.

She grew up in Manila, Philippines and lived in San Francisco, California before moving to New York.

She's worked as executive producer on Beautiful as I Want to Be and has appeared on Cailtyn Jenner's I Am Cait.

Geena Rocero Is A Member Of