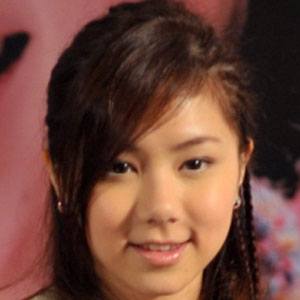 Hong Kong musician and actress. Her stage name is an acronym that stands for Get Everybody Moving. She has won many awards for her music, including the Favorite Asian Act award at Nickelodeon's Kids Choice Awards.

Born Gem Tang Tsz-kei, she sang in many competitions and was a grade eight in piano by the age of thirteen.

In 2017, she released a music documentary about her life on tour titled G-FORCE.

She grew up in a musical family with a mother who taught singing and father who played the violin.

She admired Whitney Houston and has covered many of her songs.

Gem Is A Member Of