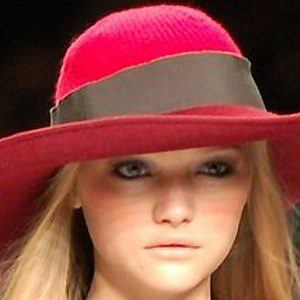 Wide-eyed fashion supermodel who became the youngest model to appear on the cover of American Vogue when she was 16 years old.

She was discovered when she was 14.

She retired from modeling in 2008 to focus on her budding acting career, then returned to the runway at Milan Fashion Week 2014.

In 2013, she welcomed a daughter named Naia with partner David Letts. The couple also welcomed a son, Jett, in 2017.

She was romantically linked to actor Heath Ledger shortly before he passed away.

Gemma Ward Is A Member Of

The Strangers
Pirates of the Caribbean: On Stranger Tides
35 Year Olds
Models