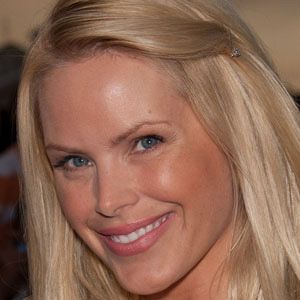 Model and formerBarker's Beauty who began appearing on The Price is Right in 1994. She also starred on the hit series Baywatch through the majority of its run.

Her popularity shot up when she was one of the models on the game show The Price is Right.

She suffered from both Arrhythmia and postnatal depression after the birth of her children.

She married in 2004. She has two sons, Spencer and Hudson, and a daughter, Stella.

Hugh Hefner once asked her to pose in the Christmas edition of Playboy.

Gena Lee Nolin Is A Member Of