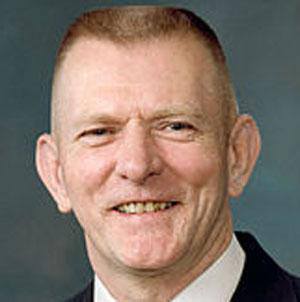 Former NASA flight director who is known for his efforts to rescue the Apollo 13 mission.

He was fascinated with the concept of flight from an early age and became a Second Lieutenant in the U.S. Air Force Reserve.

He was portrayed in pop culture many times and was voted the #2 most popular space hero in a 2010 survey. He was also awarded the Presidential Medal of Freedom.

His father, Leo, served as an Army medic in World War I.

He was played by Ed Harris in the acclaimed film Apollo 13.

Gene Kranz Is A Member Of