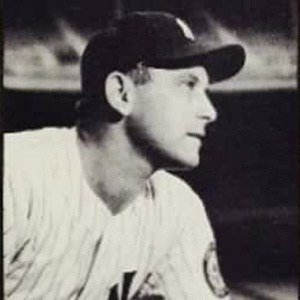 Legend of theNew York Yankees, his bat helped the team to four straight World Series titles from 1949 to 1952.

He was signed by the Yankees after leading four different minor league teams in hitting.

During his four playoff runs with the Yankees he hit .318, with three home runs, two triples and five doubles.

He grew up in Akron, Ohio.

He played alongside baseball legends like Joe DiMaggio and Mickey Mantle.

Gene Woodling Is A Member Of