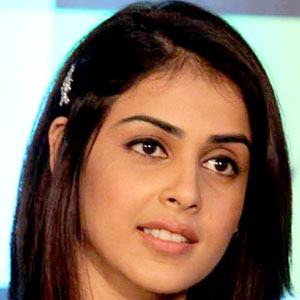 Indian actress and model who played Hasini Rao in the film Bommarillu alongside Siddharth Narayan. She also starred in the 2003 romantic drama Tujhe Meri Kasam.

She co-starred with Shriya Saran in Tujhe Meri Kasam.

Genelia D'Souza Is A Member Of