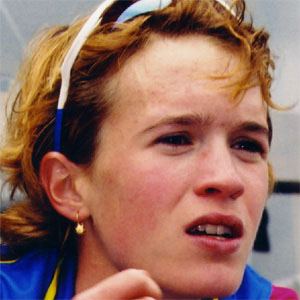 Cycling phenom who won several junior championships and competed in the 2000 Olympics.

She grew up in Lachine, Quebec, Canada.

She saw her career fall apart after it became apparent that she had been taking the banned substance EPO since age 16. Her coach Andre Aubut and doctor Maurice Duquette were banned from cycling for life due to their roles in Jeanson's EPO use.

Her father Yves Jeanson was supportive of her cycling career growing up.

EPO is used to increase endurance and is the same hormone that Lance Armstrong eventually admitted to using illegally during his cycling career.

Genevieve Jeanson Is A Member Of