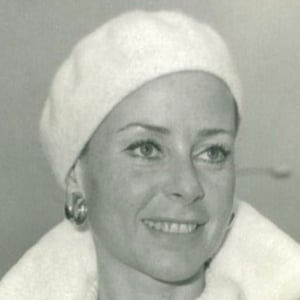 Known for her villainous role in the 1970 Billy Wilder movie The Private Life of Sherlock Holmes and for her performances in such 1950s and '60s films as Belle de Jour, El Cid, and Foreign Intrigue, this famous French actress had a more than five-decade career in French, American, English, and Italian films.

She made her cinematic debut in the 1951 movie Pas de Pitié pour les Femmes.

She shared the screen with Ava Gardner and Omar Sharif in the 1968 film Mayerling.

Born Geneviève Bonjean, she grew up in Paris as the child of art collector Jacques Paul Bonjean. Her decades-long marriage to Jean-Claude Bujard resulted in two children.

She appeared with James Garner in the Academy Award-winning American film Grand Prix.

Genevieve Page Is A Member Of