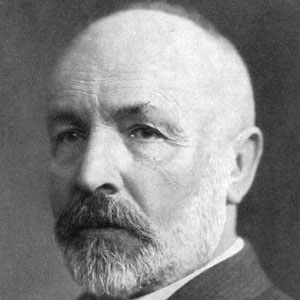 Late nineteenth and early twentieth-century mathematician remembered as the inventor of set theory. He worked on problems related to ordinal, cardinal, and transfinite numbers.

He taught for many decades at the University of Halle.

He was born in Russia to a German family of musicians. His great-uncle, Joseph Böhm, was a renowned violinist, and his grandfather, Franz Böhm, played with the Russian Imperial Orchestra.

He and American mathematician Paul Cohen both contributed important ideas to set theory.

Georg Cantor Is A Member Of