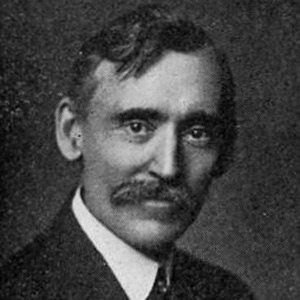 Residential architect who marketed his domestic designs through mail-order catalogs; dominated the late Victorian era within the United States. His designs peppered the entire country--all 50 states--and could also be seen in Japan and the Philippines.

He was a mostly self-taught architect who co- founded a contracting and building firm with his brother. His business took off with the publication of a nationwide catalogue offering 59 different building designs. His business eventually employed more than 50 people who handled orders from the U.S. and overseas.

His ingenuity was granted a permanent place in history when the National Register of Historic Places included more than 48 of his houses in their listings.

He was born in DeKalb County, Illinois, to Lyman and Cornelia Spring Barber. He moved in with his sister, Olive, and her husband, William Barrett, when he was a little boy. He lived with them on their farm.

He preceded John Lautner, another prominent Midwestern architect, who became known for his innovative, futuristic designs.

George Franklin Barber Is A Member Of