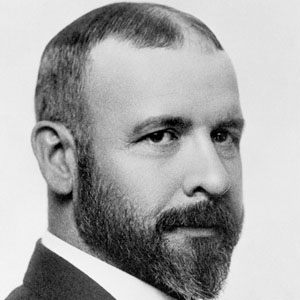 Architect of the Wainwright Building in Missouri who became a pioneer in modernist architecture and created the modern skyscraper. He was dubbed the father of skyscrapers and the father of modernism. He also was prominent in the Chicago School.

He worked at a Chicago architecture firm after studying at MIT, helping to rebuild after the great Chicago Fire of 1871. He then studied at the École des Beaux-Arts in Paris for a year. He began as a theater architect, with the 1889 Auditorium Building being his standout project.

He was the first one to bring an aesthetic beauty to tall, slender structures, whereas previous architectural styles reflected low-slung, wide structures.

He was born in Boston, Massachusetts, his father Irish-born and his mother Swiss-born.

His elegant geometric shapes rising high into the sky became an influence on his most famous student, Frank Lloyd Wright.

Louis Sullivan Is A Member Of