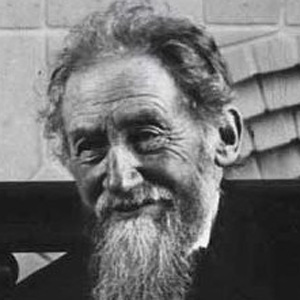 Designed Grundtvig's Church in Copenhagen, which was known for its Expressionist style as reflected in its adherence to Scandinavian Gothic tradition.

He earned a building-engineer degree from the College of Advanced Technology in 1870. He was taught by the famed Johan Daniel Herholdt, whose design of the Copenhagen University Library had a great impact on him. He was forced to teach mathematics in order to pay the bills, despite wanting to be an artist.

He gained some recognition after designing a friend's villa in Hellerup, sparking a demand for his services; this was followed by a commission from Danish composer Thorvald Aagaard.

His son, Kaare Klint, was also an architect and completed Grundtvig's Church after the passing of his father.

He was born in the same country as model Helena Christensen.

Peder Vilhelm Jensen-Klint Is A Member Of