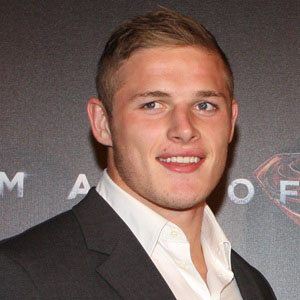 English rugby league prop who won the 2014 NRL Premiership in his second season with the South Sydney Rabbitohs. He was selected to the English national team in 2013 and was named the Rugby League International Federation's Rookie of the Year that season.

He was born in Dewsbury, West Yorkshire and attended Castle Hall Academy before making his professional rugby debut.

During the 2011 NRL season, he and his brothers became the first set of four brothers to play for the same Australian team at the same time since 1910.

His brothers are rugby players , and . His father is former rugby league player Mark Burgess.

He and Greg Inglis led South Sydney to its first-ever World Club Challenge title in 2015.

George Burgess Is A Member Of