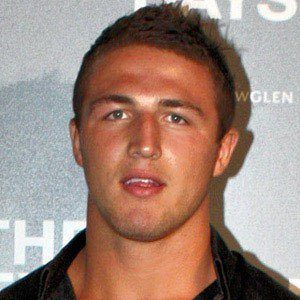 Rugby back-row and prop who made his professional debut in 2006 for the Bradford Bulls. He then played for South Sydney from 2010 to 2014. He also represented England in international competition from 2008 to 2013.

He attended Heckmondwike Grammar School as a boy.

He played for the National Rugby League All-Stars in 2010.

His brothers George, Luke and Tom Burgess all became professional rugby players too. He began dating Phoebe Hooke in 2014. They got married in 2015.

Early in his career, he received many comparisons to New Zealand's Sonny Bill Williams.

Sam Burgess Is A Member Of