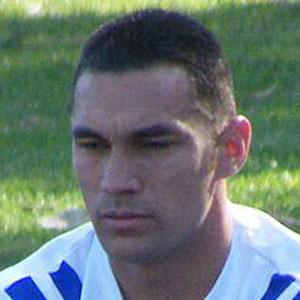 Center and wing who played his club career for the Newcastle Knights and Wigan Warriors from 2004-2012.

He played his junior rugby for the Otahuhu Leopards.

He played in the 2008 Rugby League World Cup for the Samoa team.

He was part of the 2008 Super League Dream Team, along with players such as Kevin Sinfield.

George Carmont Is A Member Of