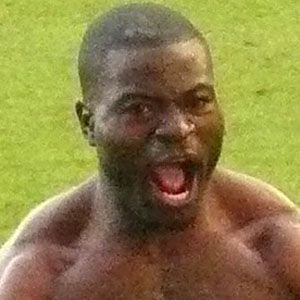 Defender who helped the Wolverhampton Wanderers move up to the Premiere League in 2008.

He began playing soccer in the UK with the non-League team Dulwich Hamlet, then joined Colchester United in 2004.

Because he was competing with Stephen Ward for the left back position on the Wolves, he was loaned out in 2012 to Nottingham Forest and Bristol City.

Born in Mamfe, Cameroon, he lost his father and grandfather at age 11, and went to live with his grandmother after his mom went abroad to England to find work.

He was joined by Bakary Sako on the Wolverhampton Wanderers in 2012.

George Elokobi Is A Member Of