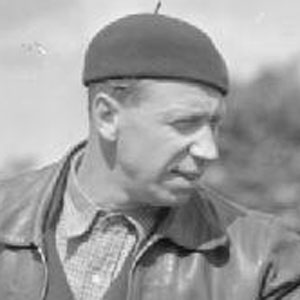 Singer, songwriter, and actor in the 1930s and 1940s who often accompanied himself on the banjolele and ukulele.

He was born with a membrane covering his eyes, which fell away when he was a few months old.

He became popular for songs full of double entendres and suggestive lyrics considered too indecent for airplay.

His father James Booth adapted the surname Formby for his own stage act, one of the most popular of its day.

He sang a cover of "Subterranean Homesick Blues," written by Bob Dylan, on The Day Show.

George Formby Is A Member Of