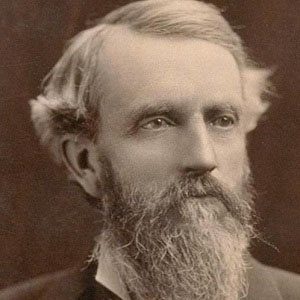 Remembered best as the father of publishing magnate and United States Representative William Randolph Hearst, George Hearst was a businessman and politician in his own right. He was a partner in the highly successful Hearst, Haggin, Tevis and Co. mining business, and he also served a four-year term as a United States Senator from California.

Born into poverty, he had very little formal education. He set out for California in 1850 in search of gold.

In 1882, he ran an unsuccessful gubernatorial campaign in California.

He grew up in rural Missouri as the son of William Hearst and Elizabeth Collins Hearst. He and his wife, suffragist Phoebe Apperson Hearst, welcomed their first and only child, William Randolph Hearst, in April of 1863.

In 1974, his great-granddaughter Patty Hearst became infamous as a kidnap-victim-turned bank robber.

George Hearst Is A Member Of