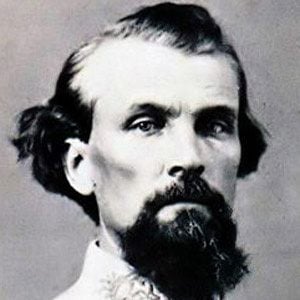 Confederate general during the American Civil War who was accused of war crimes at the Battle of Fort Pillow, where some claim he allowed his command to massacre hundreds of black prisoners of war. His work in the Civil War earned him the nickname the Wizard of the Saddle.

He became the head of the family and responsible for their well being when he was 17.

He was the first Grand Dragon of the Ku Klux Klan, though he later moved away from the beliefs of the organization and denounced his membership.

His parents were William Forrest and Miriam Beck.

He was in the Civil War with Robert E. Lee on the Confederate side.

Nathan Bedford Forrest Is A Member Of