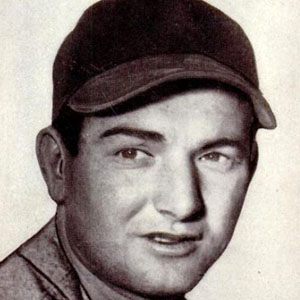 10-time All-Star third baseman who was inducted into the Baseball Hall of Fame in 1983.

He starred for Arkansas State University and eventually had the baseball stadium there named after him.

He became famous as the longtime play-by-play announcer for the Detroit Tigers.

He was married to his wife Charlene for 50 years and together, they had a daughter, Terrie, and a son, George Jr.

He won the American League batting title in 1949 over Hall of Fame outfielder Ted Williams.

George Kell Is A Member Of