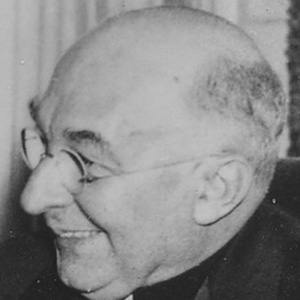 Chicago's first cardinal who was called God's Bricklayer for forming the city's first archdiocese: a network of churches, catholic schools and convents.

After his formal religious education in New and Pennsylvania, he was ordained in Rome and came to Chicago as an archbishop.

He standardized Chicago's school system, mandating education in English - where before school instruction was carried out in a hodge-podge of languages.

He was born in the Lower East Side of Manhattan, the fourth-generation American descendant of German immigrants.

George Carey, another ambitious archbishop, led England's catholics for the better part of the 1990s and 2000s.

George W. Mundelein Is A Member Of