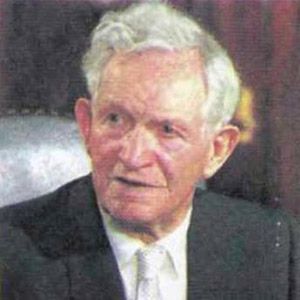 This twentieth-century religious leader served as President of the Church of Jesus Christ of Latter-day Saints from 1951 until his death in 1970. Earlier in his life, he had served as a member of the Mormon church's Quorum of the Twelve Apostles.

He was the valedictorian of his 1897 graduating class at the University of Utah. Before devoting his life to religious leadership, he worked as a schoolteacher and principal.

During his tenure as President of the Church of Jesus Christ of Latter-day Saints, he was responsible for transforming Brigham Young University into a first-class, four-year school.

He grew up in the Utah Territory as the son of a Scottish father and a Welsh mother. His marriage to Emma Ray Riggs resulted in seven children.

He and Gordon B. Hinckley were the ninth and fifteenth presidents, respectively, of the Church of Jesus Christ of Latter-day Saints.

David O McKay Is A Member Of