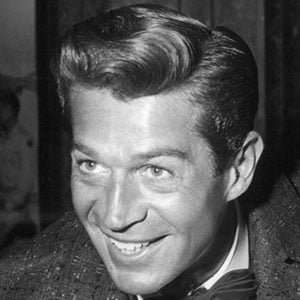 Though he also appeared in such 1950s films as Congo Crossing and Phone Call from a Stranger, Nader is perhaps best remembered for his starring role in the 3-D science fiction feature Robot Monster.

Before beginning his acting career, he served in the United States Navy in World War II's Pacific Theatre.

He received a 1955 Golden Globe Award.

He grew up in Pasadena, California as the son of George Nader, Sr. and Alice Scott Nader.

George Nader Is A Member Of