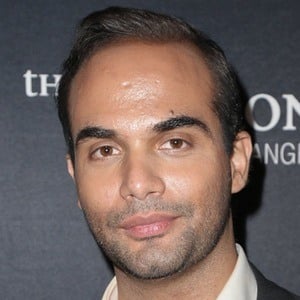 Former political advisor who was convicted of making false statements to the FBI during their investigation into Russian collusion with the Trump campaign in the 2016 presidential election. He worked as a foreign policy advisor to President Donald Trump during his 2016 bid for president.

He earned his BA in political science from DePaul University in 2009. He subsequently gained his master's in security studies from the University College London in 2010.

He served his two-week prison sentence from November to December 2018. He worked as an unpaid intern specializing in the eastern Mediterranean region at the Hudson Institute between 2011-2015.

His parent's names are Antonis and Kate. He has one brother. He married his wife Simona in March 2018.

He worked as a foreign policy advisor for Ben Carson's 2016 presidential campaign before being hired by the Trump team.

George Papadopoulos Is A Member Of