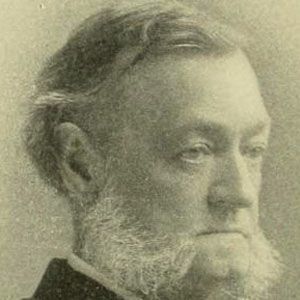 He graduated from Yale College in 1853.

He voted with the majority in Plessy v. Ferguson, which ruled racial segregation was constitutional under the "separate but equal" doctrine.

He had a son named George Shiras III.

He was nominated to the Supreme Court by President Benjamin Harrison.

George Shiras Jr. Is A Member Of