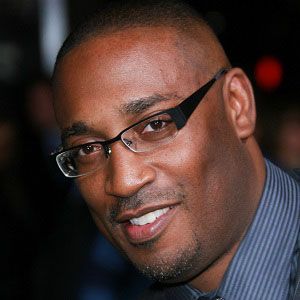 Director of the Barbershop series of films, as well as Notorious, a biopic of The Notorious B.I.G.

He made amateur films and created the public access TV show Splice of Life.

His father George worked at the American Motors plant in Kenosha, Wisconsin.

He directed Ice Cube in the 2002 comedy Barbershop.

George Tillman Jr. Is A Member Of