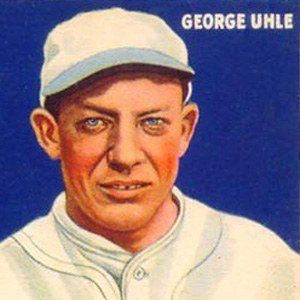 MLB pitcher who won exactly 200 games during his 18-year career.

He was a great hitting pitcher, retiring with the highest career batting average (.288) of any pitcher in history.

He had three children, Marilyn, George Jr. and Kenneth with his wife Helen.

He pitched for the New York Yankees for three seasons with legendary first baseman Lou Gehrig.

George Uhle Is A Member Of