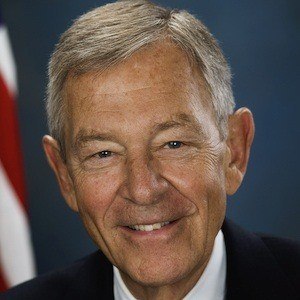 Republican politician and the 65th Governor of Ohio who served his state in the Senate from 1999 to 2011.

He received a Law degree in 1961 from the Moritz College of Law at the Ohio State University before beginning his political career in 1963 as an Assistant Attorney General of Ohio.

In the 2004 senate elections he won all 88 of Ohio’s counties, a feat that had not been accomplished for over 100 years.

He and his wife Janet had four children together.

He succeeded John Glenn as a U.S. Senator from Ohio.

George Voinovich Is A Member Of