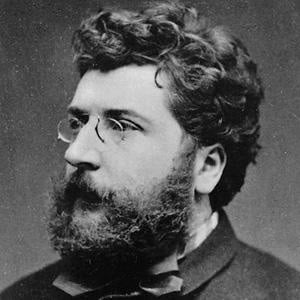 Romantic-era composer of the immortal operatic masterpiece "Carmen" one of his only successes. Other works, such as "Les pêcheurs de perles," struggled to find an audience.

He died of a heart attack not long before "Carmen" became a success.

His father was a self-taught vocal instructor, and his mother was an accomplished pianist. He married Genevieve Halevy on June 3, 1869, and they had one child together.

He impressed Franz Liszt at a dinner party in France with his piano demonstration.

Georges Bizet Is A Member Of