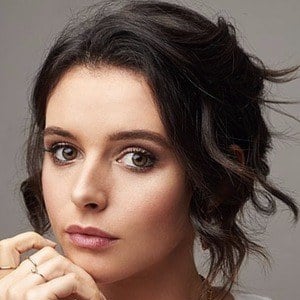 Australian actress who is widely known for her role as Madison O'Neill on the Channel 9 sitcom Here Come the Habibs! She previously appeared in Wentworth Prison as Debbie Smith and Home And Away as Lindsay Ford in 2016.

She earned her first on-screen acting credit for her work on the short film Hugo as Sarah.

She earned her first big break upon her casting in the TV drama Tangle between 2009-2012. She also starred on the TV drama House Husbands as Phoebe from 2012 to 2014.

Georgia Flood Is A Member Of