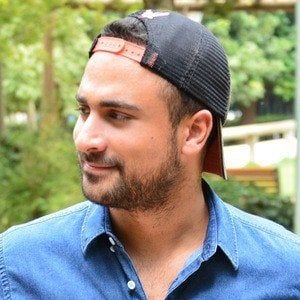 Snapchat artist influencer found on the app by the handle Georgio.Copter who became known for drawing "cute" monsters into each of his adventure and everyday Snapchat stories. He was named one of the top 10 Snapchat influencers worldwide by New York Magazine. Tech Insider, Buzzfeed, Mashable, MTV, NRJ and Virgin Radio have all recognized his work as well.

He developed an interest in drawing when he was young. He studied graphics and interior architecture in high school, furthering his education in the same fields in college.

In 2016, he won a Ghosties award for Top Snapchat Artist. In 2018, he became one of five featured creators through the Snapchat Storytellers program.

He became a good friend of fellow talented Snapchatters CyreneQ, Chris Carmichael and Mark Kay, and would begin to collaborate with each of them.

Georgio Bassil Is A Member Of