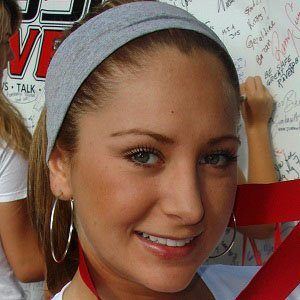 Perhaps most well known for her role as Luisa Negrete Rivadeneira in the Spanish-language soap opera Catalina y Sebastian, she is also recognized for her work in the late 1990s romance series Camila.

She appeared in her first two television series -- Corazon Salvaje and Buscando el Paraiso -- in 1993.

When not on screen, she worked on behalf of numerous charitable organizations, including the Mex-I-can Foundation and the Special Olympics.

The child of Rosalba Ortiz Cabrera and Manuel Antonio Bazan, she spent her youth in Mexico City and later relocated to Miami, Florida. She and her partner, model and actor Gabriel Soto, welcomed daughters named Elisa and Alexa in 2009 and 2014, respectively.

She was cast as the young version of Lumi Cavazos' character, Patria, in the 2001 TV movie In the Time of the Butterflies.

Geraldine Bazán Is A Member Of