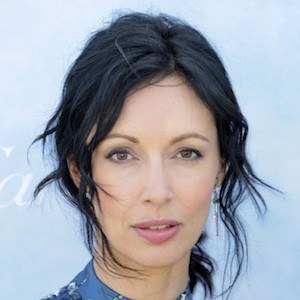 Writer, actress, and filmmaker best known as the mind behind the 2012 film After. She also directed the 2016 documentary In the French and the short films Une dernière cigarette and Un certain regard.

After attending business school, she abandoned her studies to begin modeling for brands like Yves Saint Laurent and Alexander McQueen. Then, at nineteen, she made her acting debut in the show First Kisses.

A prolific novelist as well as a filmmaker, she released her first book, Une rose pour Manhattan, in 1999. She would release more than a dozen novels over the next two decades.

At five years old, her father abandoned her and her mother who was a medical student at the time.

She made her acting debut in Sally Potter's original 1997 film The Tango Lesson.

Geraldine Maillet Is A Member Of