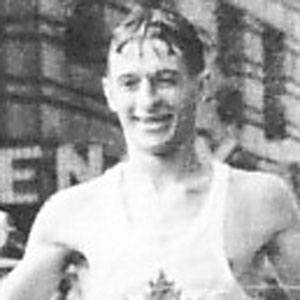 Marathon runner who was inducted into the Canadian Olympic Hall of Fame in 1955.

He began his athletic career as a boxer, before switching to marathon running.

He won four Boston Marathons during his career.

He was born in Saint-Barnabe-Sud, Quebec, and died in St-Hyacinthe, Quebec.

He is a member of the Canadian Olympic Hall of Fame, alongside Marianne Limpert.

Gerard Cote Is A Member Of