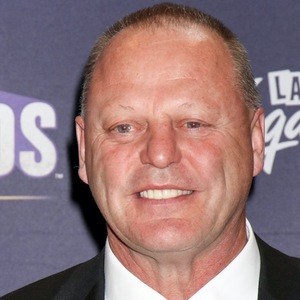 National Hockey League coach and former player who helped the Vegas Golden Knights earn a trip to the Stanley Cup Finals in 2017-2018, their very first year as an organization. He played for the Detroit Red Wings and Tampa Bay Lightning during his career from 1984 to 1995.

He earned the nickname of Turk when he was just three or four years old. He grew up near a local ice rink. He played for the Summerside Crystals of the Maritime Junior A Hockey League when he was 16 years old.

He was drafted in the sixth round by the Red Wings in the 1981 NHL Entry Draft. He made his pro debut with the Adirondack Red Wings of the American Hockey League in 1983. He helped the Canada national team win the silver medal at the 1989 World Ice Hockey Championships.

He and his wife Pam had children named Melissa and Jason.

Marc-Andre Fleury was the goaltender for his Golden Knights team that went to the Stanley Cup.

Gerard Gallant Is A Member Of