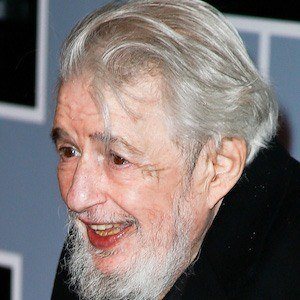 Carole King's husband, who wrote many of the songs that made her popular. He and King also co-wrote the #1 hit "Will You Love Me Tomorrow" by the Shirelles.

He served in the Marine Corps and then studied at the U.S. Naval Academy.

He contributed lyrics to many of the hit songs of other artists like Saving All My Love for You by Whitney Houston.

He and King were married in 1959. She was 17 at the time. They divorced in 1968. They had future singer-songwriter Louise Goffin together. He remarried in 1995.

He saw potential in Kelly Clarkson long before her career-making appearance on American Idol in 2001.

Gerry Goffin Is A Member Of