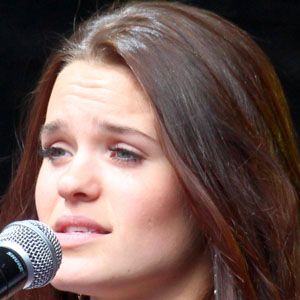 Singer who rose to fame during the third season of the Estonian version of Pop Idol. She is best known for her 2011 album Rockefeller Street. In 2016 she released a single titled  "Kullaväljade tuul."

She studied to become a tailor-stylist in her hometown of Tallinn.

She recorded a death metal song called Kes on Suudi as a joke for the 2013 Eurovision Song Contest.

Both of her parents are choreographers.

She sang the Miley Cyrus song The Climb on the reality singing competition Eesti Otsib Superstaari.

Getter Jaani Is A Member Of