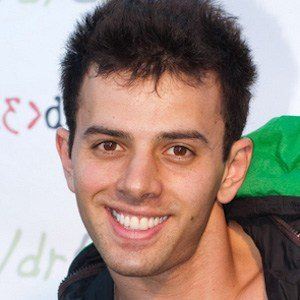 Born Gevorg Manoukian, he was a Top 10 finalist on the 2008 season of FOX's So You Think You Can Dance. He is a hip hop and break dancer who has also performed in the MTV musical American Mall, and was featured in High School Musical 2.

He learned to ice skate before turning his attention to dance as his passion when he was 16 years old.

He has credits in Nickelodeon's Fresh Beat Band and Big Time Rush, as well as Dancing with the Stars and America's Got Talent.

Born in Temirtau, Kazakhstan, he moved to Centerville, Utah in the US and grew up in a family of professional figure skaters.

He performed alongside Pink at the 2010 American Music Awards to her song "Raise Your Glass."

Gev Manoukian Is A Member Of