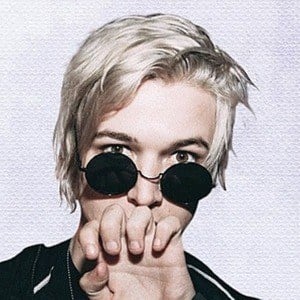 Internationally known producer and DJ who has become a household name in EDM. He has collaborated with known artists such as Diplo, Lil Jon, and Mija, as well as performed worldwide at events such as Burning Man, Hard Summer, and TomorrowWorld.

He started as a promoter at the LA club Exchange before working his way up as a resident DJ.

His first job in LA was working at American Apparel who fired him when they found out he was living out of his van.

He was born David Lee Crow on a goat farm in Arizona. He got into music after his brother Daniel played Metallica for him for the first time.

Ghastly Is A Member Of